The main goal of a smart city is to optimize city functions and promote economic growth while also improving the quality of life for citizens through smart technologies and great data analysis. The value lies in how this technology is used.

A city’s “smartness” is determined using a set of characteristics, including:

The success key of a smart city relies on the relationship between the public and private sectors as much of the work to create and maintain a data-driven environment.

Aside from the technology used by a smart city, there is also the need for data analysts to assess the information provided by the smart city systems so that any problems can be addressed and improvements found.

There are a number of definitions of what makes a city ‘smart’, for example, IBM defines a smart city as “one that makes optimal use of all the interconnected information available today to better understand and control its operations and optimize the use of limited resources.”

However, a smart city uses a framework of information and communication technologies to create, deploy and promote development practices to address urban challenges and create a joined-up technologically-enabled and sustainable infrastructure.

Smart city uses a variety of software, user interfaces and communication networks alongside the Internet of Things (IoT) to deliver connected solutions for the public. Of these, the IoT is the most important. The IoT is a network of connected devices that communicate and exchange data. Data collected from these devices is stored in the cloud or on servers to allow if there are any improvements needed for both public and private sector efficiencies and deliver economic benefits and also improvements to the lives of citizens.

Many of the IoT devices use edge computing, which ensures that only the most relevant and important data is delivered over the communication network. In addition, a security system is implemented to protect, monitor and control data transmission from the smart city network and prevent unauthorized access to the IoT network of the city’s data platform.

Smart city features can also include energy conservation and environmental efficiencies, such as the room’s air conditioner temperature inside a building is increased when the number of people in the room is decreased. Such smart grid technologies can improve everything from operations to maintenance and planning to power supplies.

Smart city initiatives can also be used to combat climate change and air pollution as well as waste management and sanitation via internet-enabled rubbish collection, bins and fleet management systems. Smart buildings can also offer real-time space management or structural health monitoring and feedback to determine when repairs are necessary in the building.

The concept of smart cities began back in the 1960s and 1970s when the US Community Analysis Bureau started to use databases, aerial photography and cluster analysis to collect data, direct resources and issue reports in order to direct services, mitigate against disasters and reduce poverty. All of these technologies and systems led to the creation of the first generation of smart cities.

This third generation example model was adopted by Vienna, who created a partnership with the local Wien Energy company, allowing citizens to invest in local solar plants as well as working with the public to resolve gender equality and affordable housing issues. Such adoption has continued around the world, including in Vancouver, where 30,000 citizens co-created the Vancouver Greenest City 2020 Action Plan.

Why Smart Cities Are Important

54% of the world’s population live in cities and this is expected to rise to 66% by 2050, adding a further 2.5 billion people to the urban population over the next three decades. With this expected huge population growth, there comes a need to manage environmental, social and economic sustainability of resources.

Smart cities allow citizens and local government authorities to work together to launch initiatives and use smart technologies to manage assets and resources in the growing urban environment.

For example, the ICT framework brings together real time data from connected assets, objects and machines to improve decision making. In addition, citizens are able to engage and interact with smart city ecosystems through mobile devices and connected vehicles and buildings. By pairing devices with data and the infrastructure of the city, it is possible to cut costs, improve sustainability and streamline factors such as energy distribution and refuse collection, as well as offering reduced traffic congestion, and improved air quality.

A smart city should provide an urban environment that delivers a high quality of life to residents while also generating economic growth. This means delivering a suite of joined-up services to citizens with reduced infrastructure costs.

This becomes increasingly important in the light of the future population growth in urban areas where more efficient use of infrastructure and assets will be required. Smart city services and applications will allow for these improvements which will lead to a higher quality of life for citizens.

For all of the benefits offered by smart cities, there are also challenges to overcome. These include government officials allowing widespread participation from citizens. There is also a need for the private and public sectors to align with residents so that everyone can positively contribute to the community.

Smart city projects need to be transparent and available to citizens via an open data portal or mobile app. This allows residents to engage with the data and complete personal tasks like paying bills, finding efficient transportation options and assessing energy consumption in the home.

These all require a solid and secure system of data collection and storage to prevent hacking or system misused. Smart city data also needs to be anonymized to prevent privacy issues from arising.

The largest challenge is quite probably that of connectivity, with thousands or even millions of IoT devices needing to connect and work in unison. This will allow services to be joined up and ongoing improvements to be made as demand increases.

How Can Blue IoT Help Smart Cities in the Future?

Ever since the idea of a smart city was first introduced, Internet of Things technology has been a key pillar of smart city development. As technology advances and more countries embrace next-generation connectivity, IoT technology, especially Blue IOT, will continue to grow and have a bigger effect on the way we live.

The future of our cities is interconnected with the future of IoT. As city governments begin to unlock the full potential of urban data platforms, AI, smart devices, and interconnectivity, the need for IoT will grow exponentially. This will lead to efficient problem solving, smart mobility, sustainability, and more.

Though far less glamorous, the future of waste and energy management is another way that Blue IoT can improve our cities of tomorrow. Right now, waste collection and disposal, overconsumption, and carbon footprint are three of the biggest obstacles that cities have. Through Encompass Blue Smart Cities platform suite, we deliver world-leading savings of 20 to 50% of total energy use, maintenance costs, and the subsequent carbon footprint. Consolidating an array of functions, this state-of-the-art technology embodies excellence in the cloud, IoT, interoperability, smart sensors & controllers, machine learning, predictive maintenance, and cybersecurity.

Creating smart connected systems for our urban areas provides a great number of benefits for citizens around the world is not only to improve quality of life, but also to ensure sustainability and the best possible use of resources.

These solutions are dependent on a unified approach from the government as well as the private sector and residents themselves. With the correct support and infrastructure, however, smart cities can use advances such as the Internet of Things to enhance the lives of residents and create joined-up living solutions for the growing global urban citizenry.

The Blue IOT has expertise in many of the underpinning technologies of a new smart future. Through Encompass Blue Smart Cities platform suite, an open source based innovative technology combined with powerful analytics is proven to optimize building’s energy usage which led to the smart cities technology. Discover hundreds of solutions that have been implemented in certain cities and communities across the globe. Explore Blue IOT today to connect with thousands of members to exchange best practices and to form new partnerships with. 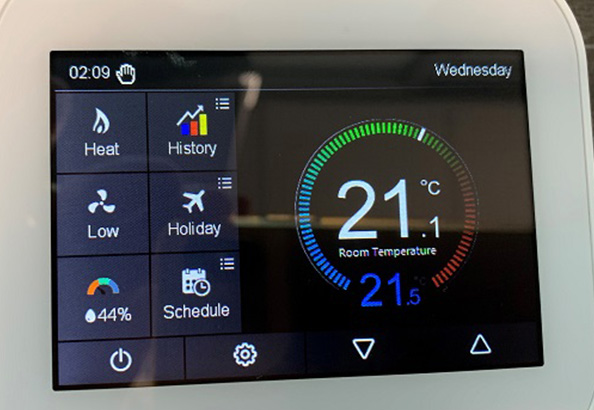 Elegant towers boasting six green stars seem to be on every street corner, if you ...
See more → 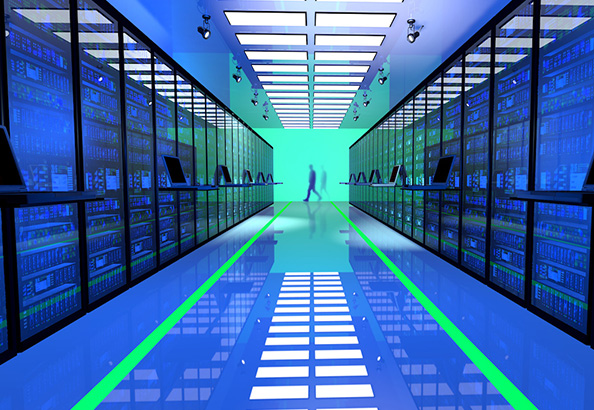 Data centres consume 3 per cent of the world’s energy so it’s fortunate these buildings ...
See more → 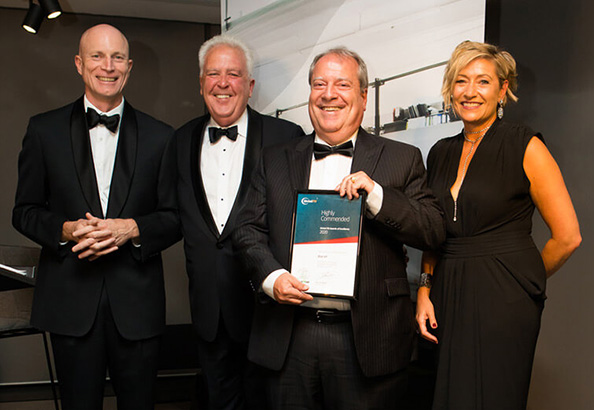 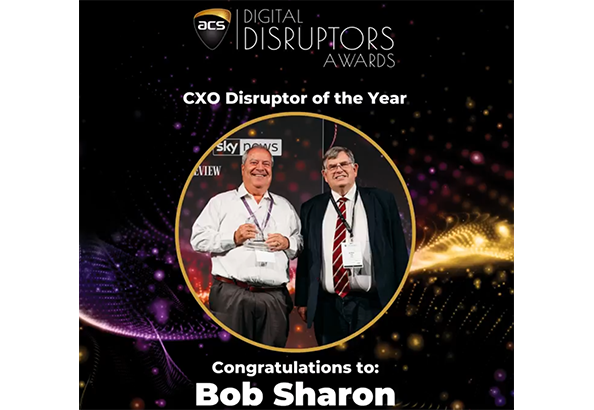 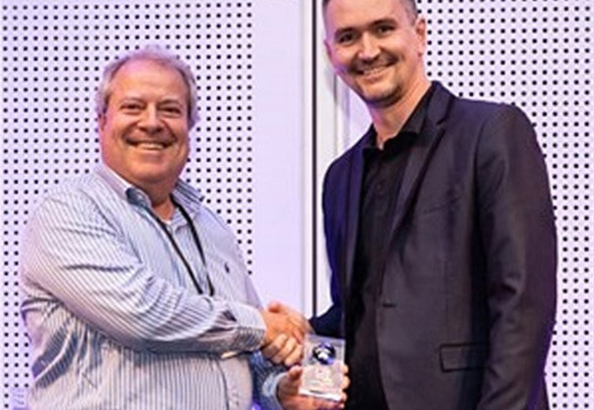 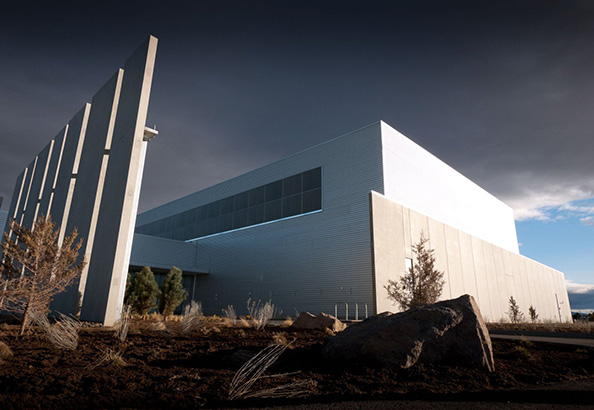 If you like data, then take a look at how much energy it uses

If it makes sense to you that data centres – consumers of 3 per cent ...
See more → 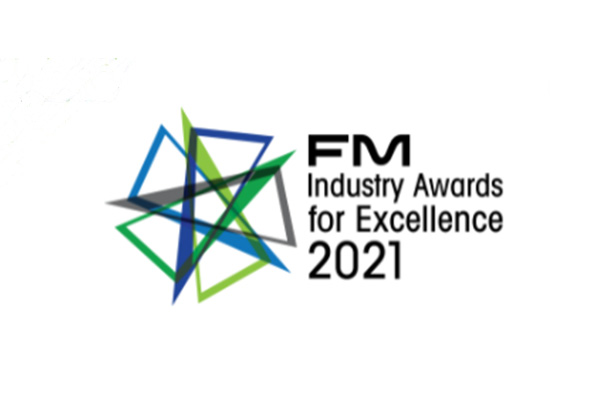 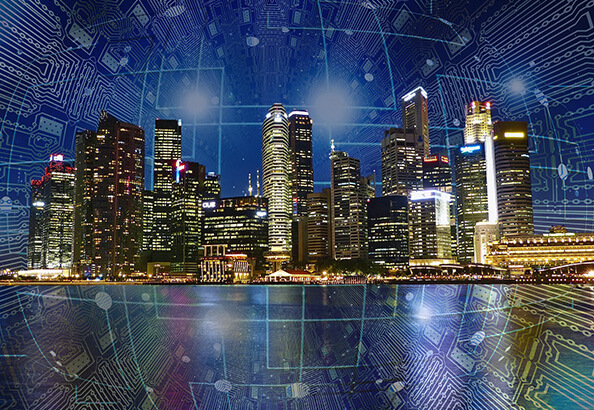 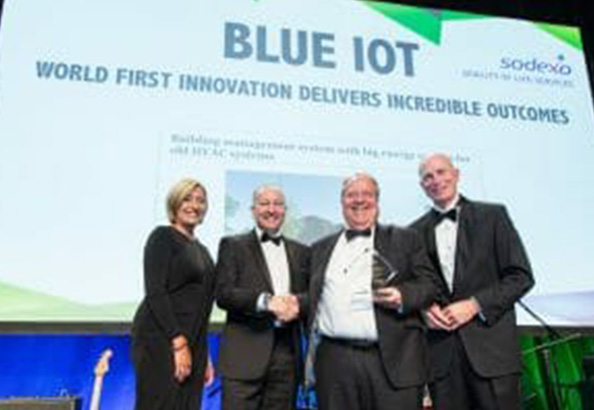 Working together, the two companies will drive efficiencies and reduce carbon footprint for customers through ...
See more → 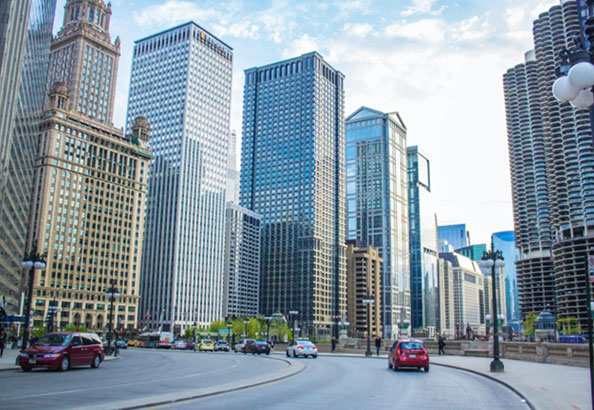 In the last couple of years, and for various reasons, society hurtled into the digital ...
See more → 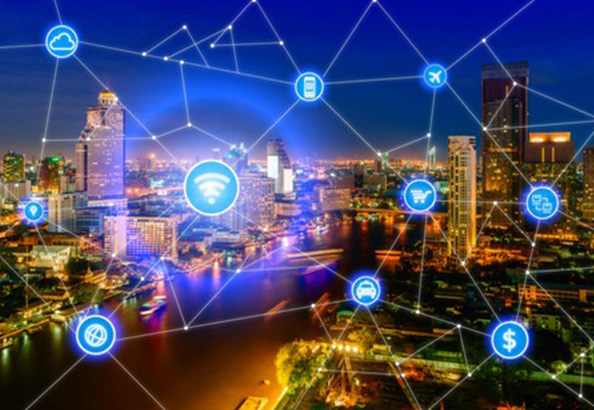 The offices of the City of Greater Dandenong council had a requirement to replace an ...
See more → 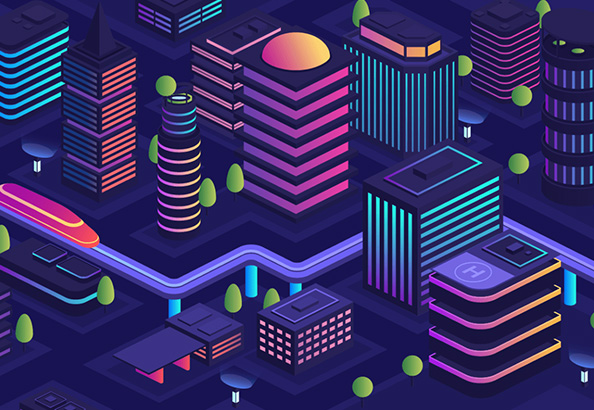 Blue IoT in growth mode, with an award to boot 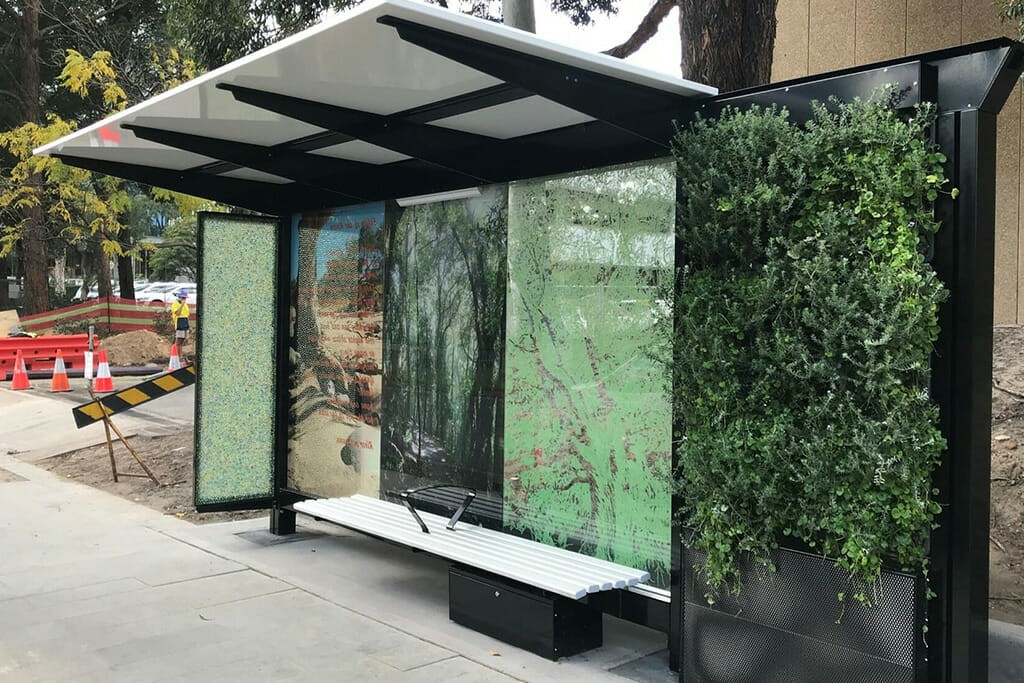 Working together, the two companies will drive efficiencies and reduce the carbon footprint for customers ...
See more → 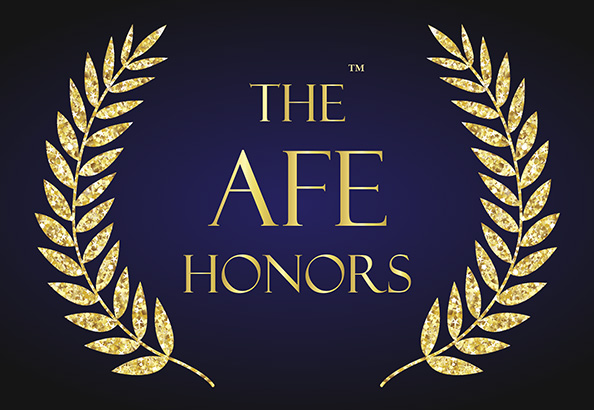 Blue IoT are finalists in the AFE Honors - The Leadership in Innovation Award in ...
See more → 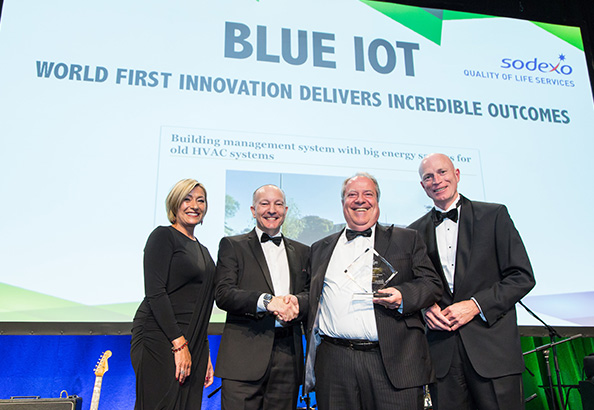 The winners of Facilities Management Association of Australia’s FM Industry Awards 2019 have been announced. ...
See more → 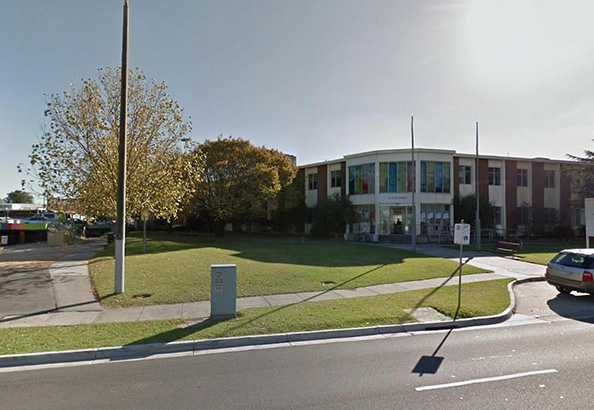 Encompass Blue by Blue IoT is the world's first IoT smart cities platform suite, which delivers world-leading savings of 20 to 50% of total energy use, maintenance costs, and the subsequent carbon footprint.